Born into a prosperous family, Julius Kugy lived in Trieste. Very young, he became interested in botany, and in the flora of Karst in particular. During his studies, he met a well-known botanist Muzio Tommasini who brought the unsolved enigma of a flower which Balthasar Hacquet had named Scabiosa trenta (the Scabious of Trenta) to the attention of young Kugy. Kugy completed his doctorate in law in Vienna and then took over his father's business. Julius Kugy was a man of many talents, but botany was always his strongest passion. He was only 17 when he made his first ascent to Triglav, at 19 he visited the Trenta valley, lured there by the mystery of the evasive Scabiosa trenta. Julius Kugy was an excellent mountaineer and although he visited a number of areas in the Alps, the Trenta valley always had a special place in his heart. Kugy's first guide from Trenta was Anton Tožbar. When setting off on a demanding mountaineering tour, Kugy was, for over 20 years, accompanied by Andrej Komac – Mota. Still, the two never ventured on audacious winter treks without a third man, Jože Komac – Pavr.

During the First World War, Kugy was summoned to the army as he knew the area well, but he refused to carry a weapon and only worked as an advisor on the Austrian side of the front. Middle-aged, he took up writing and wrote seven books. Six of them sang the praises of the Julian Alps. His first, and most famous, book was issued in 1925 under the title Aus dem Leben eines Bergsteigers (From the Life of an Alpine-Climber). It was through Kugy's books that the Julian Alps were first presented to the German-speaking parts of the world. Kugy helped and cooperated with Albert Bois de Chesne in creating the Juliana Alpine Botanical Garden, part of which still bears the name of Julius Kugy. Julius Kugy died in February 1944 in Trieste. 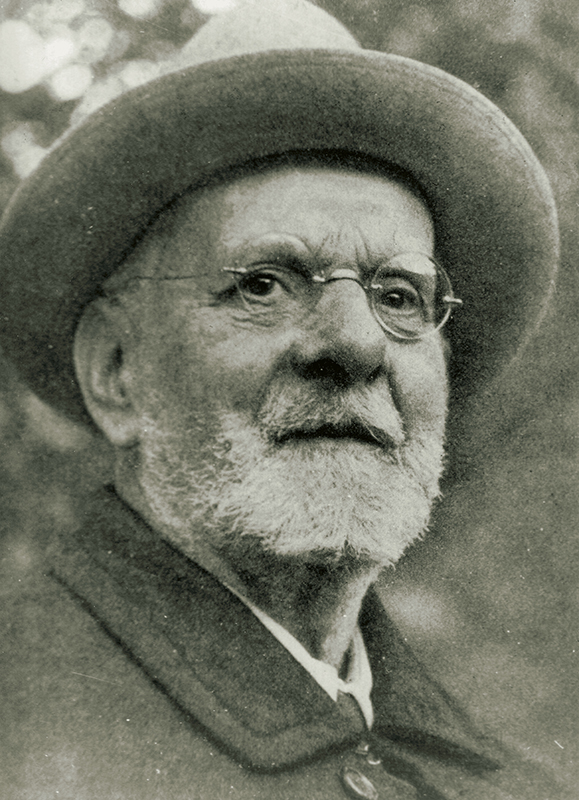