Balthasar Hacquet, born in France, came to Slovenia with Napoleon's army. He worked as a miners' doctor in Idrija for some time, and later as a professor of anatomy and obstetrics in Ljubljana. He was passionately interested in botany and mineralogy and travelled widely in the Julian Alps to compile a geological map of the area. Hacquet is considered the first explorer of the Julian Alps. 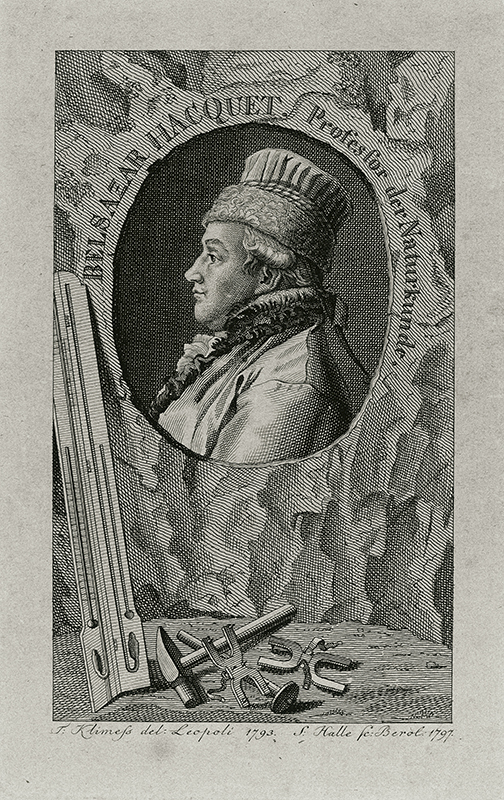