The Alpine Botanical Garden in Trenta was founded by Albert Bois de Chesne. In 1925 he bought a piece of land in Trenta. In arranging the garden, he was helped by two well-known connoisseurs in the field of high-altitude alpine flora, Henri Correvon and Lino Vaccari. Additionally, his good friend Julius Kugy was glad to come to his aid with data on the sites of rare plants.

In the spring of 1927 Boise de Chesne undertook the fieldwork. He began to bring specimens from the mountains and transplanted them into the garden. Until 1947 Bois de Chesne paid monthly grants for at least minimal care. After the Second World War, restoration of the garden began, and in 1949 first its professional guidance and in 1962 also its management went to the Natural History Museum of Slovenia.

As a natural monument, Alpinum Juliana is also covered in the Triglav National Park Act. Today, Juliana is the only botanical garden in Slovenia to have existed for over 70 years.

Albert Bois de Chesne chose his site 50 metres above the Church of Our Lady of Loretto. At an altitude of 800 metres, the site lay on a slope of Mt Kukla, and measured 2572 square metres in extent. The garden mostly houses plants from the Eastern and Western Julian Alps, Friulian hills, from the meadows of Karst and pre-alpine areas, though some have also been brought from the Karavanke mountain range and from the Kamnik Alps. A part of the garden is reserved for non-endemic species brought to Alpinum Juliana from the Western Alps, Pyrenees, Apennines, Atlas and Caucasus.

Bois de Chesne chose a member of the Tožbar family, Anton, as the gardener and sent to him to school in Padua (Italy). Later Anton Tožbar was helped in the garden by Ančka Kavs. Their work found followers in Tožbar's daughter Marija and her husband Jože Završnik, after his death their son Klemen Završnik.

Alpinum Juliana is at its most beautiful in May and the beginning of June. However, there are many other small, perhaps less noticeable plants that are equally beautiful and patiently awaiting visitors from spring to autumn. 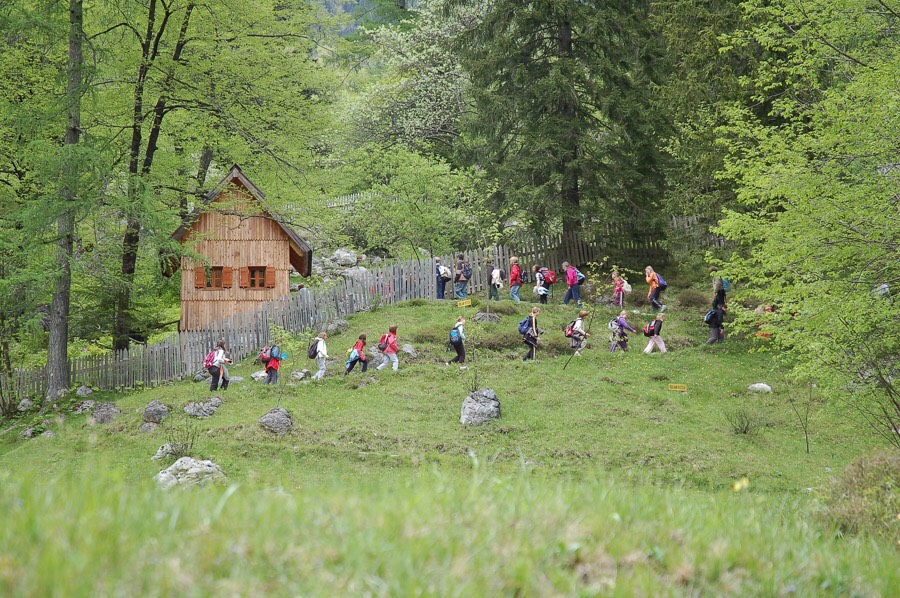